The Cryptolocker Ransomware threat has been on our radar screen for a while now as we have taken notice to its recent evolution where it now gives PC users the option to pay up a $2000 late payment fee instead of allegedly leaving their system's files encrypted.

The Cryptolocker Ransomware is a vicious piece of malware that is tied to a warning message making claims of a PC's files being encrypted, and you must pay a $300 fine to decrypt those files. Cryptolocker is relentless in its actions as it tends to repeat the notification until some drastic actions are taken by the computer user as shown in figure 1 below 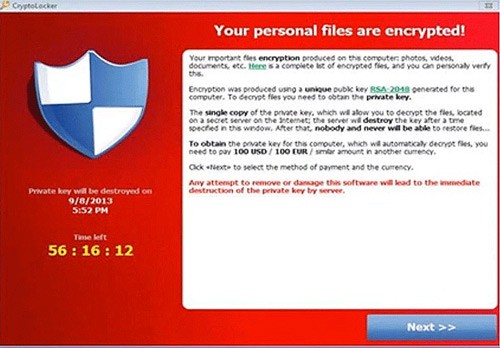 Usually, computer users end up wiping their hard drive and starting over when they find they are infected with the Cryptolocker ransomware because it is just that serious. In many other cases, PC users give into the message and pay up the fine, which will essentially route the payment to the hackers who created Cryptolocker. Now, as it seems from recent cases of Cryptolocker, hackers are offering a 'late payment option' where users are charged a fee of up to $2000 for the violation of not paying the ransom fine on time.

Cryptolocker controllers are rather clever in their recent actions by updating this nasty malware to offer 'other options' for those who have failed to pay the initial fee of $300 to decrypt their files. Now the fee for paying late is an astonishing $2000 after the 72-hour window given to pay the first fine is expired. It is this same scenario that takes place time after time in cases of other popular ransomware threats currently reeking havoc among PC users around the world.

The vicious tricks of Cryptolocker are virtually never-ending, especially by the looks of the screen displayed for the alleged 'late payment option'. The Cryptolocker threat will also act much like a legitimate service by giving those who may have already purchased a key the option to retrieve it or decrypt a specific file through an upload, as shown in figure 2 below. 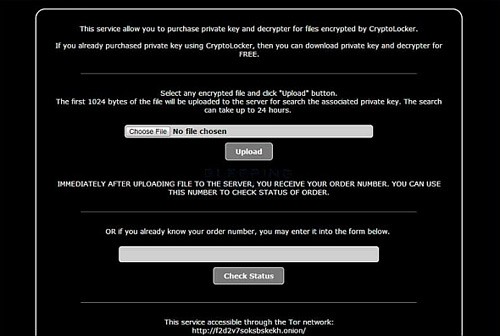 There is always some type of penalty for paying your ever-day bills late, and Cryptolocker Ransomware claims to be no different from this recent evolution of the malware. Cryptolocker ransomware now places an emphasis on early on-time payments potentially to entice more victimized PC users to make the initial $300 payment.

Of course, the unfortunate part of this updated Cryptolocker scam is that those who do make the payment, will later discover that they were tricked by a malicious threat, much like a computer virus, instead of something legitimately worth $300 or a late fee of $2000.