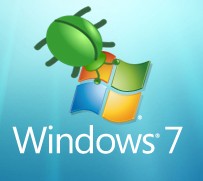 Microsoft Windows has a long history as being one of the best operating systems and also one of the worst according to computer experts, corporations and home computer users. The latest Windows OS to be introduced, Windows 7, has been exposed to a security issue at a time when Microsoft prepares to ship out what they hope to be the best and most secure Windows operating system yet.

A new security bug was recently discovered that could hijack PCs running Windows Server 2008, Windows Vista and Windows 7 Release Candidate. Microsoft has said that this new security bug does not affect the versions of Windows 7 that will be released to consumers, PC manufacturers and retail stores.

Microsoft has released a Security Advisory, just a few days ago, that warns PC users of vulnerability in SMB (Microsoft Server Message Block) implantation which could allow remote code execution or give a remote attacker the ability to control a compromised system. Details of the vulnerability, security advisory (975497), are available on the Microsoft website.

Consumers usually have high hopes when a new operating system is released. In the case of Windows 7, many computer users are hoping for a better security infrastructure than previous versions of Windows. The discovery of a security flaw in the latest version of Windows does not reassure consumers that it will be the most secure operating system to come from Microsoft. If a group of hackers is able to take advantage of a vulnerability in the newest version of Windows, then just think of the potential issues that may come of it. We are more than certain Microsoft will address the issue as they have confirmed Windows 7 RTM (retail version) will not be affected.

In the beginning it was a smart idea for Microsoft to allow companies to download and experience Windows 7 before it was released. This type of scenario gave company owners and managers the ability to test out the new OS in their own environment and develop a new level of trust. Now with a security bug thrown into the mix of things, it gives everyone a bad taste in their mouth even if Microsoft has reassured that the vulnerability would not be an issue to those who purchase Windows 7 next month. This is similar to what happened to Windows Vista which you cannot find in many corporations because of the bad rep it received after it was rolled out.

Will Windows 7 gain the trust of IT professionals and those who look to upgrade? Still to this day, computer experts are not sure Microsoft can deliver on providing a more secure operating system. Does this recent finding of a security bug ruin the trust experts and IT managers had about Windows 7 being the most secure operating system from Microsoft?