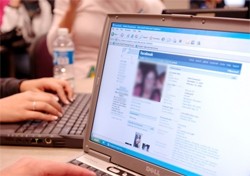 Just about every few seconds a kid is on Facebook posting their latest status update or sharing a photo with friends without any apparent danger of what may come in the form of a scam, cyber bullying or identity theft. It happens every day, someone kid becomes a victim of an online scam or another variation of cyber crime through the use of a social network.

Social networking has become a way of life for the majority of young Americans. They tweet on Twitter, update their Facebook status and some are still updating information on the slowly dying MySpace network. Over the course of the past year, Facebook has had criticism from all angles in regards to users privacy and how they can control their privacy.

Aside from privacy on Facebook there are cyber criminals testing the 'social networking waters' to see what they can get away with for stealing personal information or spreading malware. Twitter has been heavily targeted by hackers who take advantage of the social network to spread malware attacks to Twitter users through tweets. Lately, there have been several instances of Facebook users attacked through 'clickjacking' and 'likejacking' scams. Basically these types of scams spread a Facebook status update that persuades users to click on a bogus video link to only be greeted with a phishing site.

This may seem rather obvious and a dead give-away for many parents. Because kids utilize the internet for hours upon hours every week, simply taking the time to sit them down and inquire about their social network activity will alert you of any immediate dangers. These immediate dangers can range from cyber bullying, to finding out that they want to enter your personal information on a bogus survey site to win $1 million. Taking time out to talk to your kid will give you an opportunity to communicate "rules" to them so they know exactly what they should not be doing on a social network such as giving out their home address. It may also be a good idea to come to a compromise with your child if they agree to obey your rules.

Parents must first become familiar with social networking before they attempt to monitor their child. If you attempt to monitor your child on Facebook and you know nothing about Facebook, your child could really take advantage of the situation. You must also realize that bad things can happen not only on Facebook and Twitter, it can happen on any social site such as Youtube and even Flickr. Checking the browser history is a good start to see where your child has been surfing on the internet. Some kids will go as far as to erase the browser history so you must take advanced measures to monitor them. You may have to go as far as to install spy-on-your-kids software such as WebWatcher or NetNanny. These types of software applications are designed to monitor and record your child's actions over the internet giving you a daily report.

If your computer is in a common area in your house, the chances of your kid misbehaving on a social network is much lower than when the PC's screen cannot be seen by anyone else. This will also help in the event that your kid has friends over. They will not have the privacy of a separate room to disobey your rules when using a social network online.

Of course you as a parent are already your child's friend but what about on Facebook or Twitter? Becoming a friend of your child on a social network will give you access to see what they are posting online and who their friends are. It is also a good idea to become friends of your kid's friends so you know who exactly they are interacting with.

It is always good to have a contingency plan in place for the kids that do not want to follow your rules when it comes to their behavior on social networks. Giving your child an ultimatum in the event that they do not obey your rules may work for some kids. Simply warning them of an indefinite break from the computer all-together may be your only option if they are continually infecting the home PC with malware due to their carefree social network activity.

What rules are in place in your home when it comes to your kids using social networks? Do you use any anti-spyware, anti-virus or cyber security software to protect your home computer?