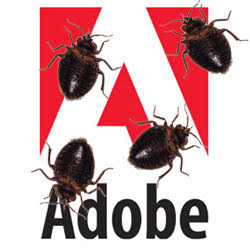 A serious security flaw has been discovered in Adobe Flash that opens up affected computers to ransomware attacks. The global alert issued by Adobe is urging computer users to update their Flash to the latest available version as soon as possible, which rolled out last week.

As we know all-too-well, ransomware has been a malicious threat plaguing countless computer users and businesses through the encryption of their files and substantial fees the cybercrooks ask for to decrypt the files. Recent ransomware threats prevent normal operation of an infected computer and sometimes the ransom fee to decrypt files and restore operation can be as much as $1000 or more in some cases.

Adobe Flash has long been a targeted application to exploit its countless vulnerabilities that Adobe has had to patch time and time again. Over the course of the past year, ransomware creators have come up with creative methods to spread their aggressive malware threats and have finally reached a point where they are exploiting vulnerabilities within applications that are known to have many security holes.

Cybercrooks have been found to utilize the Magnitude and Nuclear exploit kits to spread ransomware threats like the recent Cerber malware. As an alternative, one that may prove to widen the scope of spreading ransomware, cybercrooks are taking to applications like Adobe Flash to deliver ransomware.

Adobe Flash already has had more than its fair share of vulnerabilities exploited to no end for nearly as long as the media software has been in existence. With the recent proliferation of ransomware threats, it comes to us as no surprise that cybercrooks are taking to Adobe Flash to exploit it in ways to spread recent ransomware threats.

Ransomware has already made its dirty mark on the computer world as it has raked in millions of dollars at the expense of victimized computer users, business, and even hospitals – one that ended up paying $17,000 to decrypt their files so they can provide services to their patients.

Computer users who are utilizing an outdated of Adobe Flash are strongly urged to perform an update as soon as possible, or they run the risk of having their system infected with an aggressive ransomware threat. Not only are users of outdated Adobe Flash software putting their system at risk of a ransomware infection, but several other vulnerabilities are exploited within outdated Flash player software that may allow installation of other unknown malware.

Also, as a helpful tip for computer users who wish to update their Adobe Flash software, ensure that you utilize the Adobe page and not one of the many malicious sources on the Internet that claim to provide an update to Adobe Flash Player. Many malicious sites have been created for the exclusive purpose of spreading malware by offering a supposed Adobe Flash Player update, which will lead to the installation of malware, or potentially a new ransomware threats.