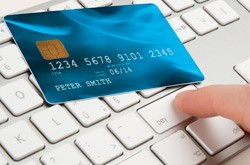 The holiday season is here, and hackers are eagerly waiting for our online purchases to grant them a quick payday at your expense. In the full scheme of holiday shopping nowadays, the majority of the shopping public is taking to the Internet to purchase gifts and other products. Little do we know, there is a looming threat that the FBI has warned U.S. businesses of potential cyber attacks by destructive malware that has already claimed Sony Pictures Entertainment as a victim.

The FBI here in the USA have warned that hackers are using malware to crash hard drives belonging to computers of U.S. businesses following a major cyber attack on Sony Pictures Entertainment. Many are wondering what this means for our holiday shopping activities, even after cyber Monday, has passed us by. Well, it may mean that data stored by large companies or corporations could be under attack if the hackers who ushered in the attack on Sony decide to put someone else in their crosshairs.

Cyber attacks on large companies have taken place in the past where sensitive data, some of which belonged to thousands of consumers, was compromised and later posted on the internet made available for anyone to grab. Instead of working off of speculation in the upcoming weeks through the holiday season, it is prudent that we all be in the know of what has taken place at Sony.

Sony Pictures Entertainment has reportedly come under attack from hackers aiming sophisticated malicious software on their computer systems. This software has supposedly disrupted many services within Sony, such as email and the ability for some systems to boot up. The FBI has not outwardly mentioned the victims of the recent malware attack yielded by hackers but from a systematic examination of information and released documents, computer security experts have concluded that Sony was the brunt of the attack.

Attempting to shy away from speculation, we have determined that use of the malicious software in the Sony cyber attack on other U.S. companies would be a devastating blow that compromises sensitive data. Moreover, such compromised data that hackers purposefully attack would be the kind that relinquishes consumer data like credit cards, names, addresses and other information that could be used for monetary gain by hackers. In other cases, the theft of data could be collected and then sold on the black market, still earning hackers a handsome payday.

The Sony attack is still being examined by professionals. Right now it has been confirmed of several Sony films being leaked online, once again, proving how attacks like these have an agenda to spread data they have proudly compromised. You can almost gauge hacker groups and predict their moves in cases like these, which leaves us to believe that we have not seen the last of a group suspected to be behind this attack, reportedly calling themselves "Guardians of Peace."

Forget worrying about cyber Monday attacks, we may have a cyber month to be concerned about depending on how the “Guardians of Peace” want to act in the coming weeks with their destructive malware.

Cyber Monday has long been a time where hackers pounce on consumers through compromising computer systems that harbor sensitive data. The value of the holiday season and days like cyber Monday is astronomical for hackers and cyber crooks, as demonstrated in the cyber Monday breeds cybercrime infographic linked here. It is an inevitable occurrence for organizations to report of cyber-criminal activity during such times like cyber Monday and throughout the full holiday season. WE now have one more reason to be concerned as the FBI is giving everyone a stern warning of hackers yielding malicious software awaiting to attack a U.S. company.

By SpideyMan in Computer Security
Translate To: Português