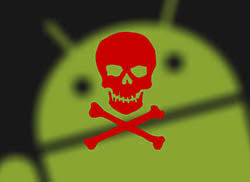 There's no surprise to discover once again how relentless hackers are through their many vicious actions. Additionally, we're hardly ever surprised to find out that malware has found its way into large online stores with the most recent occurrence being the Google Play store where newly discovered malicious apps were downloaded over 500,000 times potentially infecting hundreds of thousands of Android devices.

The discovery of just over 12 malicious apps in the Google Play store comes from the ESET security researcher Luckas Stefanko where he revealed details of the apps being downloaded as many as 560,000 times.

Millions of Android devices, the operating system of choice for the majority of mobile devices, have been affected by malicious apps. The Google Play store, which is supposed to be a source that Android users can trust to download malware-free apps, continues to suffer from an influx of malicious apps. Hackers tend to thrive on anything that's popular and the Google Play store has over 2.6 million apps and over 2 billion active devices, according to Statista. The good news is that Google is aware of the problem and their need to be more aggressive to protect Android users. However, the bad news is that occurrences like the infiltration of about 13 malicious apps landing on the Google Play store results in the apps being downloaded 560,000 times infecting thousands of Android devices with unknown malware threats.

The landscape of today's tech has the lives of just about everyone who lives in an economically sound area of the world revolving around mobile devices. Moreover, new apps released each year for Android devices in the Google Play store continue to top those released in the iOS store, with an all-time high of over 1.5 million apps released in 2017 as shown in the chart below. 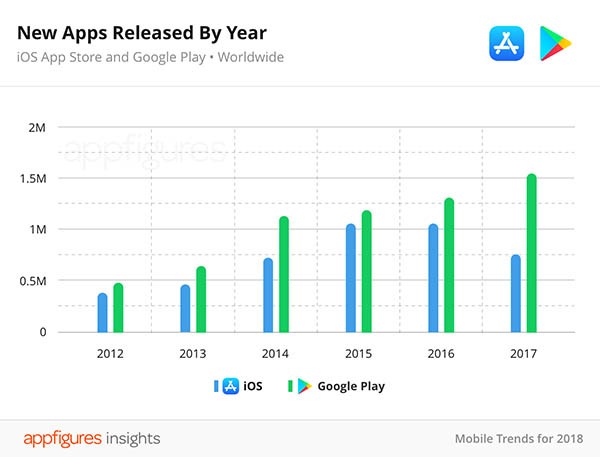 Sadly, there are countless reports on how malicious apps are discovered in the Google Play store and often propagated through Android user downloads and installations. Many of the malware threats found embedded in malicious Android apps are designed to take advantage of the user by requesting admin privileges, launch phishing pages or prompts, deliver content to the device for profit, and keep the victim in the dark by changing the launcher icon and the "running apps" icon after loading.

How Android Users Can Protect Themselves

Currently, several sources are advising users to avoid downloading and installing apps from the developer Luiz Pinto. Additionally, Google has prompted action to remove the malicious apps. As to whether Google will beef up their efforts to detect and thwart malicious apps in the Google Play store has yet to be seen. Though, users should still avoid third-party sources for downloading apps and stick to the Google Play store as it remains to be the safest place to obtain mobile apps.