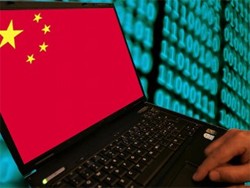 China Police officials have shut down what was believe to be the largest training website for computer hackers.

In the past months China has had their fair share of hacking attacks which caused a major uproar with Google. This time justice prevails. The culprit is clearly identified as an organization called the Black Hawk Safety Net that has gained media attention in being possibly the largest known website created to recruit and train hackers.

The hacker training website was primarily run by three individuals who charged "customers", or those seeking a profession in hacking 101, 100 to 200 yuan ($14 to $29 usd) for hacking lessons which was reported by the China Daily newspaper.

After digging even deeper into an investigation of the hacker training site, it was found that the website was started in 2005 and recruited over 12,000 paid individuals and 170,000 free members. During the time in business, it has been reported that these cybercrooks have collected over 7 million yuan which equates to over $1 million US dollars.

The discovery of such a site was the result of an investigation of a cyber attack back in 2007 where some of suspects were actually members of Black Hawk. The Black Hawk suspects were arrested for charges under a newly revised cyber crime law that was, for the benefit of cyber law enforcement, changed just last year. Crimes committed by Black Hawk members have resulted in losses upwards of 7.6 billion yuan ($1.02 billion usd) for China.

China continues to be one of the many harbors for cybercriminals and those evading the law behind a computer screen. We can only hope to see more action taken by law enforcement to shut down sites similar to the Black Hawk Safety Net's hacker training website. Will more media coverage of cybercriminals being caught be a way to lower the amount of online criminal activity?