How to Identify and Remove Fileless Malware 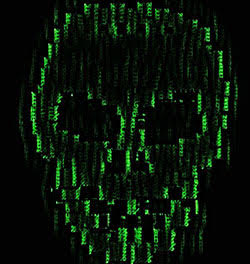 When one looks for the term 'fileless malware,' a broad range of definitions may be found on the internet. One can often come across terms such as 'scripts,' 'exploits,' 'undetectable,' which may sound intimidating. Even fileless malware has weaknesses, and its activities may be detected.

Fileless malware is a kind of malware that doesn't store any of its malicious contents in the commonly used Windows file system. Instead of the usual method, fileless malware loads its malicious code inside the Random-Access Memory (RAM) of affected computers. It uses that as an alternate location such as Windows registry values or directly from the internet.

Instead of the creation of a malicious file, the malware stores its code elsewhere. The idea behind this kind of attack is straightforward. If there is no malicious code present on the hard drive, installed security software cannot find it upon scanning. Despite what its name implies, fileless malware isn’t precisely fileless. There may still be script files or shortcuts, though those point to and load malicious code.

The idea behind this kind of approach is to make detection harder, prolonging the time before malware removal. One way this may be done is through the use of exploits, which allow attackers to go around installed security software. Malicious attachments may also be used to spread the infection. Clickfraud attacks and cryptomining are two areas where this kind of malware is used most often. Examples of that kind of malware on a system may still be detected. High CPU usage by legitimate Windows processes, high GPU usage without any reasons, suspicious error messages that appear out of the blue and similar behavior can be signs of this kind of infection.

How to identify Fileless Malware

Most users may consider finding fileless malware a task akin to the proverbial needle in a haystack. Even if the malicious code is hidden, there is still a unifying rule behind its actions that is enforced – it needs a load point.

Assuming there is no other available information, the load point is usually the most useful place to start looking. Once the load point is discovered, there will often be a chain of shortcuts and scripts that lead to the malicious code at the core of the attack.

In many cases, this kind of malware takes control of legitimate Windows tools such as Windows Management Instrumentation (WMI) and PowerShell, then using those to act on a command line level. Due to the trusted nature of PowerShell, many security scans don't check it unless specified to do so.

How to remove Fileless Malware

When it comes to fileless malware, all components must be identified and removed. Otherwise, chances are by the time the first of the components is removed; the entire infection will return. Once all components have been identified, removal is a straightforward process. Proper security software is necessary, though the malware removal process may require manual deletion of registry entries, depending on the infection.

Users are advised to disable PowerShell and WMI if they are not utilizing them. Turning off macros if they're not used, as well as avoiding using macros without digital signatures are two ways this type of infection can be prevented. Security logs should be checked for large amounts of data leaving a network. Performing regular updates of your chosen security software is an absolute must, to keep definitions up to date.