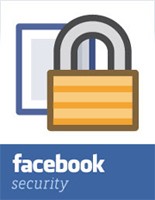 We expect, along with other security researchers, that Facebook will continue to get hit with hacker attacks in many different forms including those of spreading adware through rogue Facebook apps.

In the past few weeks, hackers attacked Facebook using rogue applications that infected users through adware popups. Just in the past few months, there has been other instances where popular Facebook apps were laced with malicious advertisements that lead computer users to malware.

We suspect that these types of attacks against Facebook users will become much more dangerous. From a recent 'Distracting Beach Babes' video scam to the 'Sexiest Video Ever' adware attacks on Facebook, it is rather obvious that sex gets people's attention and hackers are well aware of this. Cybercrooks have used these types of tactics for several years because it works to entice gullible users to click on such items.

Facebook has continued to keep its security page updated notifying users of several malicious applications that have recently surfaced. Recently posted on Facebook's Security Page, as shown below, is a statement about malicious applications currently being disabled when they are identified but Facebook still needs the assistance of its users to help weed-out these rogue apps that spread adware.

"Facebook Security Several malicious applications have surfaced recently. We've been disabling these applications as soon as they're reported to us or surfaced by our systems - and before the scammers can get very far. We need your help, though. Report applications that look suspicious, and as always, don't click on strange links, even if they've come from friends."

The scary part about malicious apps on Facebook is that they can be much more dangerous because the attacker could program them to be used to do anything from download a fake anti-virus program to install a Trojan horse that is designed to steal personal information from a users' computer. The ultimate goal for the majority of the hackers that create and use rogue Facebook apps is to get paid.

It should also be noted that Koobface, which was used at one time to target Facebook and other social network users, is still active and could be an outlet that hackers use to push malicious adware.

Facebook having over 1 million developers, who do not have to pay for developing apps, makes it very easy for hackers to join the rankings of creating malicious apps. The developers of apps can even hide their ownership through privacy protections.

Even though Facebook has made recent changes to their privacy controls, not much has been done to address the issue for malicious apps on Facebook. It is a problem that will only get worse until some stern action is taken. Facebook users' should be aware of these dangers and limit use of suspicious apps and links that are posted on Facebook.