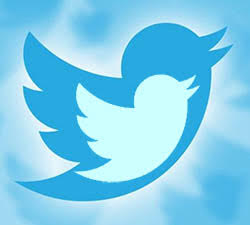 The lifestyle and popularity of celebrities and influencers on social media often ride on their number of followers on social networking giants like Facebook, Instagram, and Twitter. At times, celebrities and influencer accounts will have a significant amount of fake accounts that follow them, which may have been initiated by bots or paid services. As it turns out, the Feds have opened a probe into the social media black market for bots that have deceptively inflated the number of followers on Twitter.

Well-known names like Clay Aiken, Lisa Rinna, John Leguziamo, and many other famous figures have seen hundreds of thousands to millions of their Twitter followers vanish in recent days. The reason for many followers vanishing is a crackdown by Twitter and ongoing investigations conducted by federal and state officials, which was somewhat sparked by a New York Times investigation into the social media black market.

In knowing that there is a very active social media black market, one could conclude that countless social media accounts, mostly found on Twitter, are fake accounts or groups who have initiated bots to carry out automated functions to falsely follow certain individual accounts. ON the flipside, there are many services on the black market that charge for the "service" to follow Twitter accounts thus making it look as if a person's popularity is at an all-time high.

In the world of influencers, many live their lives in a certain way based primarily on their massive following. The more followers they have, the more they can leverage free services, paid advertising, and unfettered recognition as being a popular figure. In a nutshell, an influencer with hundreds of thousands to millions of followers on social media can write their own ticket to success.

Twitter, among many other social media networks, are starting to crack down on fake accounts and fake followers. With wide-open eyes now focused on high-profile accounts, more and more is being uncovered about how such entertainers, influencers, and even politicians have paid for Twitter followers. What's even more disconcerting is the vast list of celebrities who have bought Twitter followers, which were uncovered in a sweeping New York Times report and listed below for your entertainment, is staggering.

Another scary part about the list above is that it doesn't stop there. Some experts who are now starting to investigate the dwindling number of followers on high-profile accounts on Twitter are discovering many other accounts belonging to well-known figures throughout the world. The active investigations could uncover many instances of bots being used to gain Twitter followers for certain accounts.

If we have learned anything about the influence of social media and the gullible public, the number of followers one has on social media platforms like Twitter can be leveraged to potentially sway the views of millions. The alleged instances of Russian hackers influencing the 2016 presidential election is only one instance that is an initiator for creating bots to gain Twitter followers.

Billionaire and investor Mark Cuban said in a recent tweet that there "needs to be a single human behind every individual account." In saying such, Cuban reemphasizes our sentiment on what needs to happen before social media network accounts get out of hand and are major plays in swaying the opinions, actions, and lifestyles of millions of information-seekers around the world.

The efforts to curtail fake followers on social networks like Twitter will rest on the shoulders of many and not just Twitter. The use of authenticity checkers and blue checkmarks for verified accounts was somewhat of an attempt to authenticate the legitimacy of certain accounts. However, many "verified" accounts have succumbed to a mass of fake followers before and after receiving the check of authenticity.

Social media networks continue to contend countless safety issues almost daily. With over 1.4 million users that interact with Russian-backed trolls and bots, as confirmed by the Internet Research Agency, there is a looming issue that will need to be rectified sooner rather than later.