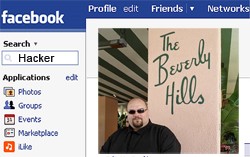 The infamous Facebook spammer, Adam Guerbuez, was found guilty in a U.S. court for sending out over 4 million marijuana and pornographic related spam messages through Facebook and charged with an USD$873 million fine two years ago. Guerbuez plans to flip the script by avoiding the fine and cashing in on a movie/book deal related to his story.

Guerbuez, charged under the CAN-SPAM act ('Controlling the Assault of Non-Solicited Pornography and Marketing' an FCC regulated act to curb spam) back in November of 2008 along with 25 other unnamed persons, set up fake Facebook pages that duped users into entering their login information. Those compromised accounts were then used to spam the Facebook users' friends. In total, the spammers were able to send over 4 million spam messages over Facebook related to pornography, penis-enlargement scams, and marijuana. The U.S. District Court for Northern District of California in San Jose ruled that the defendants violated the CAN-SPAM act and ordered to pay Facebook USD$873 million in damages.

In the recent developments of Guerbuez's case, he has reportedly filed for bankruptcy and said that he does not have the money to pay Facebook any damages. Guerbuez posted on his personal blog that he is overwhelmed with media requests and may end up converting his misfortune into a movie or book deal. Just last week, the Quebec Superior Court ruled that the U.S. judgment was enforceable and ordered Guerbuez to pay CDN$1.069 billion (equivalent to $837 million dollars.).

It may seem that Guerbuez thinks he did nothing wrong from the wording of his personal blog posts. The spam attacks initiated by Guerbuez were just as clever as his new attempt to avoid payment to Facebook. He was able to steal Facebook users' passwords through phishing attacks and then used a botnet (group of hacked computers) to access Facebook accounts without authorization. Doesn't this sounds similar to common practices among recent Facebook hacking incidents? Performing these actions would put Guerbuez up for criminal prosecution which may mean jail time.

Currently Guerbuez is enjoying all of the attention and being labeled as the U.S.'s most heavily fined spammer. The video below is of a peculiar nature where Adam Guerbuez appears in Beverly Hills 'living it up' while labeling himself as the $873 million man.

Things still can go south for Adam Guerbuez as Facebook has asked the Canadian court to uphold the U.S. judgment against him because he has failed to show to fight the charges in the U.S. District Court for the Northern District of California. Facebook is currently reviewing the Canadian ruling and provided a statement saying that, "We're confident that the previous ruling will act as a powerful deterrent against those who would abuse Facebook."

We can only hope that Facebook is right about similar cases. Hopefully, this situation proves to be a deterrent against people who not only abuse Facebook, but solicit spam with the intent to steal from others.