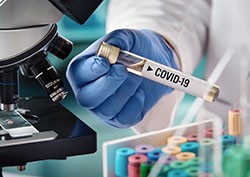 Although the COVID-19 Coronavirus infection is spreading around the world, nation-state threat actors and cybercriminals are using the crisis and chaos. Threat actors are launching Coronavirus-themed attacks at various institutions and individuals. With the healthcare systems of many countries under pressure from the growing infection cases, unsavory individuals decided to take a shot at the Brno University Hospital. Located in Brno in the Czech Republic, the hospital was hit by a severe cyberattack on Friday the 13th, causing the partial collapse of their network, leading to all computers becoming disconnected.

The hospital had to shut down its IT network since the attackers managed to hit two more of the hospital's branches, specifically the Maternity Hospital and Children's Hospital. Prime Minister Andrej Babiš confirmed the cyberattack, as he was informed of the situation by the National Office for Cyber and Information Security.

Hospital on the Mend After the Attack

The hospital director Jaroslav Štěrba mentioned they were dealing with it and securing the operations of the hospital after the attack. Although the administration of the hospital did not disclose any details on the attack, media outlets reported that it had a significant impact on the work going on in the Brno University Hospital. They were forced to postpone urgent surgery and to transfer their acute patients to the nearby St. Anne's University Hospital after the attack.

Jaroslav Ibehej from the National Headquarters Against Organized Crime confirmed that their cybercrime specialists are already in place, but they will not provide more information as of yet. The attack happened on late Thursday to Friday night, with part of the hospital network collapsing, with disconnected computers who couldn't operate. A spokesperson for the hospital mentioned the convened staff in resolving the crisis.

Authorities Working Together to Solve the Issue

Experts from the Czech National Cyber Security Center (NCSC), the hospital's IT staff, and the Czech Police are working together to recover the operations at the hospital and to find out more about the attack.

Štěrba explained that the laboratories, hematology, microbiology, biochemistry, and more sophisticated laboratories used for tumor diagnostics, radiological systems, and more, had no possibility of transferring information from the labs to the database system. They were able to investigate patients but not yet ready to store their data under these circumstances shortly after the attack. At this time, it is unclear whether the attack will have a significant impact on the hospital's ability to test for COVID-19 infections.

The University Hospital is one of the 18 laboratories around the Czech Republic used for COVID-19 testing, with doing up to 20 tests a day since the start of the outbreak.