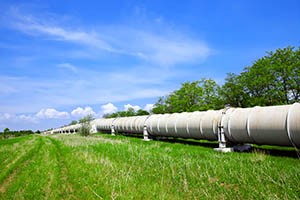 Dublin, Ireland, May 10, 2021 - The Colonial Pipeline data breach and ransomware attack that forced the company to shut down a critical fuel distribution network and resulted in widespread fuel shortages in several states highlighted the importance of having anti-malware remediation solutions as an added layer to a security breach post-incident response plan.

The incident is reportedly one of the most damaging ransomware attacks and has sparked calls by US lawmakers to strengthen the protection of critical US energy infrastructure from hackers. The attack comes on the heels of a recent ransomware attack on a municipal water treatment facility in Oldsmar, Florida.

No system is completely immune to breaches or zero-day attacks, making swift recovery in the aftermath all the more difficult. In the current technology-oriented business environment, it is no longer enough to implement traditional perimeter security, endpoint protection and in-network protections from outside attacks. In practical terms, most companies have potential high-risk vulnerabilities on their network perimeter, which means hackers can exploit them.

An effective way to mitigate the risks that ransomware attacks pose is to implement a ransomware incident response plan with a specific post-breach remediation solution that includes both an automated remediation feature and a real-time backup program to allow the company to remediate the binary malware programs and restore the data as quickly as possible.

EnigmaSoft's SpyHunter is an advanced security software specializing in enhanced multi-layered scanning, automated malware remediation, and vulnerability detection. With the help of SpyHunter, a company can detect, remove and block a wide range of security threats. Unlike many other anti-malware programs which have proven ineffective, SpyHunter is specially engineered to disable malware before a computer's operating system initiates to better protect users. When coupled with a real-time backup program, SpyHunter offers an effective solution to remediate compromised systems.

To learn more about how SpyHunter protects against malware or to try it for free, please visit https://www.enigmasoftware.com/products/spyhunter/.

EnigmaSoft Limited is a privately held Irish company with offices and global headquarters in Dublin, Ireland. EnigmaSoft is best known for developing and distributing SpyHunter 5 and SpyHunter for Mac, advanced anti-malware apps. SpyHunter detects and removes malware, enhances Internet privacy, and eliminates security threats – addressing issues such as malware, ransomware, trojans, rogue anti-spyware, and other malicious security threats affecting millions of PC users on the web. SpyHunter 5 has scored top grades in comparative testing by independent third-party testing labs such as AV-TEST. SpyHunter 5 has also been certified by AppEsteem, Checkmark Certified and TRUSTe.