Android Malware on the Path to Reach One Million Malicious Apps 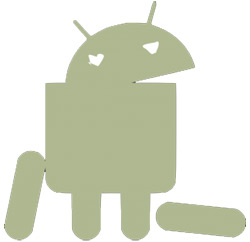 As the population for users of Android devices explodes, so does the number of malicious apps, which is said to reach a total of over one million malware apps for Android devices.

Malicious Android apps, for the majority, are comprised of ones designed as fake or Trojan-variations of popular apps. Many of them circulate within 3rd party app download sites or file sharing services. Because the Android OS is an open platform, very unlike Apple's protected and locked-down iOS, app distribution can easily take place from other sources besides the Google Play Store. Even still, there have been cases where malicious apps slip onto the Google Play Store and eventually infect several devices before the app is detected and removed.

Nearly half of the mobile malware uncovered in the second quarter of 2013, accounting for 44% of total malicious apps, were designed to lure unsuspecting users into downloading costly services. Many of these services would run up an Android smartphone user's bill by sending expensive texts or SMS messages to high-rate numbers where the malware developer could collect the profits. On the other end of the spectrum, about 24% of Android malware through malicious apps were designed to steal user data. At the lower end, about 17% of malware apps where ones designed to load advertisements that generate clicks and various CPA campaigns where the malware creators benefit monetarily.

As a stark contrast to PC malware, it took cybercrooks a decade for malware levels to reach what smartphone malware has surmounted to in just several years. Remember, the Android OS along with many other smartphone operating systems has only been in existence for several years compared to the Windows operating system being around since 1983, whereas the monumental Windows 95 debuted in 1995. The very first Android-powered phone was sold near the end of 2008.

It is clearly evident that in most malware cases, on PCs or smartphones, that the driving factor of creation and exploitation is money. When it comes to scheming the unsuspecting, hackers have the upper hand. This is why Google's open Android ecosystem is the ideal platform for exploitation by cybercrooks.

The nature of the Android network makes it very difficult for patches and malware preventative measures to make it into many devices as explained by JD Sherry, vice-president of technology and solutions at Trend Micro. Sherry also exclaims that it some cases users will never get patches as vendors leave their customers at risk of an attack.

As far as a geographic break down of what type of Android smartphone device attacks are taking place, the U.S. leads the way for cyber online banking attacks with more than one million cases of malware app infections. Brazil follows the U.S. with Australian and France in line afterwards.

Cybercrooks are discovering all sorts of ways to exploit devices and stored data through malware-laced Android apps. It is almost like hackers have discovered a candy shop full of attack secrets, and they are defiantly over-indulging themselves while the byproduct remains to be Android device end-users and potentially their bank accounts.

Until we sense some urgency in protecting smartphones from malware, we will continue to see a proliferation of malicious apps that may evolve to spread faster and create more destruction.